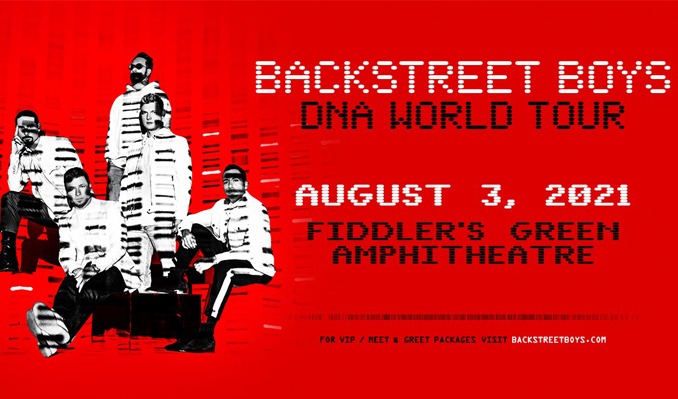 The new album This Is Us showcases their preeminent pop mastery, with a collection of indelible tracks that surely rank among their biggest and best hits. After mastering an organic, more adult contemporary flavor on 2005's Never Gone and 2007's Unbreakable, the new album sees Nick Carter, Howie Dorough, Brian Littrell and AJ McLean revisiting the groundbreaking dance-pop sound that first made them international superstars.

Songs like PDA, Bye Bye Love and the RedOne-produced first single, Straight Through My Heart are classic BSB, bursting with big hooks, unforgettable melodies and high-energy rhythms that highlight the group's classic sound and vision while also placing it squarely in the here and now.

"For this record," says Howie Dorough, "we reached back into what made us who we are - that's great pop melodies and great harmonies - and made it current and relevant."

"We made a conscious effort to go back to being ourselves," notes Brian Littrell. "It's important for the fans to remember what was, but it's also important for them to know where we're headed."

One of the most successful groups in music history, with countless #1s, record-setting tours and worldwide sales in excess of 100 million, Backstreet Boys are also among pop's most influential. Turn on the radio and you're certain to hear massive melodies melded with Eurodance grooves, a modern pop style inextricably rooted in the group's innovative approach.

"When we first started," says AJ McLean, "the Euro sound wasn't really happening yet, but it led to Britney and 'N Sync and all those other people that came after us. Now music is going back in that same direction, with great pop songs that are just as rhythmic as they are melodic. That's what and who we are."

The This Is Us sessions kicked off in April 2008, while the group - a quartet since 2006, when founding member Kevin Richardson left to start a family - was still in the midst of the Unbreakable world tour. Backstreet Boys took a short pause in the itinerary and teamed with producer Ryan Tedder (of OneRepublic fame) in a Manchester, England studio to record what would become the album's closing track, Undone. The Boys were fighting fit from having been on the road and as a result, the song crackles with the same electricity the group puts out on stage every night.

"This was the very first time we were recording while we were touring another record," Littrell says. "We've always taken a year or so off to really get out of touring mode, but this time we wanted to try and get that energy from our live show onto the record."

Almost immediately upon the tour's conclusion, Backstreet Boys resumed recording at L.A.'s Conway Studios - "one of the most chilled places to record," according to McLean. To truly put their own creative stamp on the album, the group personally reached out to some of their very favorite producers and songwriters, just about all of whom were thrilled for the chance to work with the Boys.

"We took it into our own hands to call and develop personal relationships with all the producers and writers," explains Nick Carter. "And for the most part, they were just as excited to work with us as we were to work with them."

One producer with whom the Boys already had a rapport is the legendary Max Martin. The Swedish studio superstar - who was behind the boards for such BSB classics as Everybody (Backstreet's Back), I Want It That Way, Larger Than Life, and Show Me The Meaning Of Being Lonely - dined with the group when the Unbreakable world tour hit Stockholm and right away, sensed that their passion for making music was in fact greater than ever before.

"He really saw the fire in our eyes," Littrell says, "like we were young kids again. If there was one producer I had to pick to join the Backstreet Boys, I'd pick Max. He understands us inside and out."

Perhaps it's something in the water, but Sweden's current hottest hitmaker, RedOne, also had a faultless grasp of the Backstreet Boys signature sound. One of the most in-demand collaborators in the world, thanks to his work with Akon, Lady Gaga, and Enrique Iglesias, to name but a few, the producer was initially too busy to work on This Is Us. But just as Backstreet Boys were wrapping up the recording, word arrived that RedOne had indeed crafted a couple of tracks, one of which marked the album's definitive musical moment.

"We had almost closed the door on the record before it happened," Dorough says. "I'm so glad we didn't, because RedOne was able to capture the sound we were looking for, especially on Straight Through My Heart. It's this great mixture of Eurodance-meets-our pop/R&B sound, which is kind of like where we started."

"It was exactly what we were looking for," McLean says of the single, "the exact all-around sound that was perfect for everything we needed. It's a great song, especially for the fans who want to hear us being us again."

At the same time, Backstreet Boys also opted to stray from their comfort zone by collaborating with a number of producer/songwriters better known for their work in other genres. The one and only T-Pain put his trademark sound on the sizzling slow jam, She's A Dream, while Claude Kelly - famed for writing such hits as Britney Spears' Circus and Kelly Clarkson's #1 My Life Would Suck Without You - paired up with the team of Soulshock & Karlin (JoJo, Fantasia, Nelly) to produce two of the album's hottest tracks, Bye Bye Love and If I Knew Then.

"Working with Jim Jonsin or somebody else that people wouldn't necessarily see us working with," Carter says, "that's just our creative side coming out."

The collaboration with Jim Jonsin proved one of the album's most productive partnerships, yielding three songs including the explosive title track. Best known for helming hip-hop hits by T.I., Soulja Boy Tell Em, and Flo Rida, the Grammy Award-winning producer astounded BSB by confessing his lifelong affinity for the group's music.

Despite the smorgasbord of producers and songwriters, This Is Us is ultimately made a cohesive work by the Boys themselves. "We're a vocal group first," avows Carter, and the album makes plain how BSB's purest artistic stamp comes via the magic of four distinctive singers performing in tightly knit harmony. Their unified voices reveal Backstreet Boys as still in thrall to making the most vital music imaginable, constantly striving to create influential, unforgettable pop.

"We always want to top our past albums," says Carter. "That's always our objective, to create an album where every song could be a single."

"Our goal is always to push ourselves as much as possible," adds Dorough. "We're always working to become better musicians, songwriters, singers. "

"We want to continue to move forward," promises Littrell. "We want Backstreet Boys to keep setting the template and raising the bar."

With This Is Us, that bar has just been raised a little higher...

MySpaceFacebookOfficial WebsiteAmazonTwitterFan Club
*Service and handling fees are added to the price of each ticket.